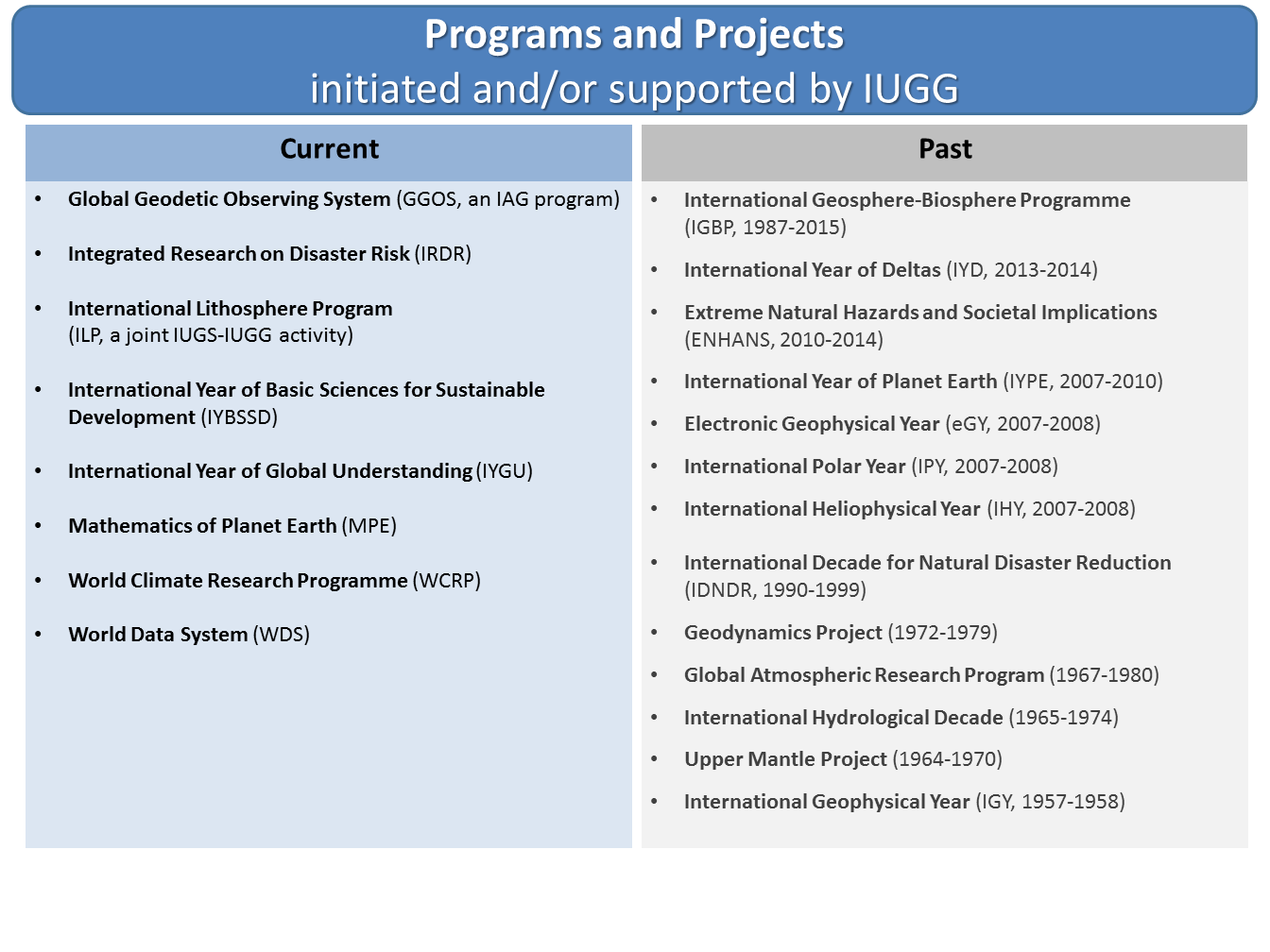 IYPE, which was proposed by IUGS and UNESCO, endorsed by the UN General Assembly, and enthusiastically supported by IUGG, produced an excellent international outreach program ensuring greater and more effective use by society of the knowledge accumulated by the world’s Earth scientists. One element of this program was an international meeting of Young Earth Scientists.

The IUGG programs, eGY and IHY, were more specific: IHY focused on studies of fundamental heliophysical processes, whereas eGY fostered international cooperation in data stewardship. As an example of fruitful cooperation, eGY provoked the creation of scientific bodies dealing with data and information and developed links between them: the ICSU Scientific Steering Committee for Information and Data, IUGG Commission on Geophysical Data and Information, AGU Focus Group on Earth and Space Sciences Informatics, and EGU Division on Earth and Space Science Informatics.

For more information about our Programs, please contact the secretariat: