Objectives and Organization of IUGG

The Union is a purely scientific organization. Its objectives are the promotion and coordination of physical, chemical and mathematical studies of the Earth and its environment in space.
These studies include the shape of the Earth, its gravitational and magnetic fields, the dynamics of the Earth as a whole and of its component parts, the Earth’s internal structure, composition and tectonics, the generation of magmas, volcanism and rock formation, the hydrological cycle including snow and ice, all aspects of the oceans, the atmosphere, ionosphere, magnetosphere and solar-terrestrial relations, and analogous problems associated with the Moon and other planets. Union activities embrace studies of the Earth by artificial satellites and other techniques for deploying instruments at high altitude.

The IUGG has initiated and vigorously supported collaborative efforts that have led to highly productive world-wide interdisciplinary research programs (see Table below). These programs have set a model for international, inter- and trans- disciplinary cooperation. The IUGG cooperates with UNESCO in the study of related to oceanography and hydrology. It also gives particular emphasis to the scientific problems of Developing Countries by sponsoring activities relevant to the scientific needs of the Third World (e.g. Geodesy in Africa, Water Resources, etc.). 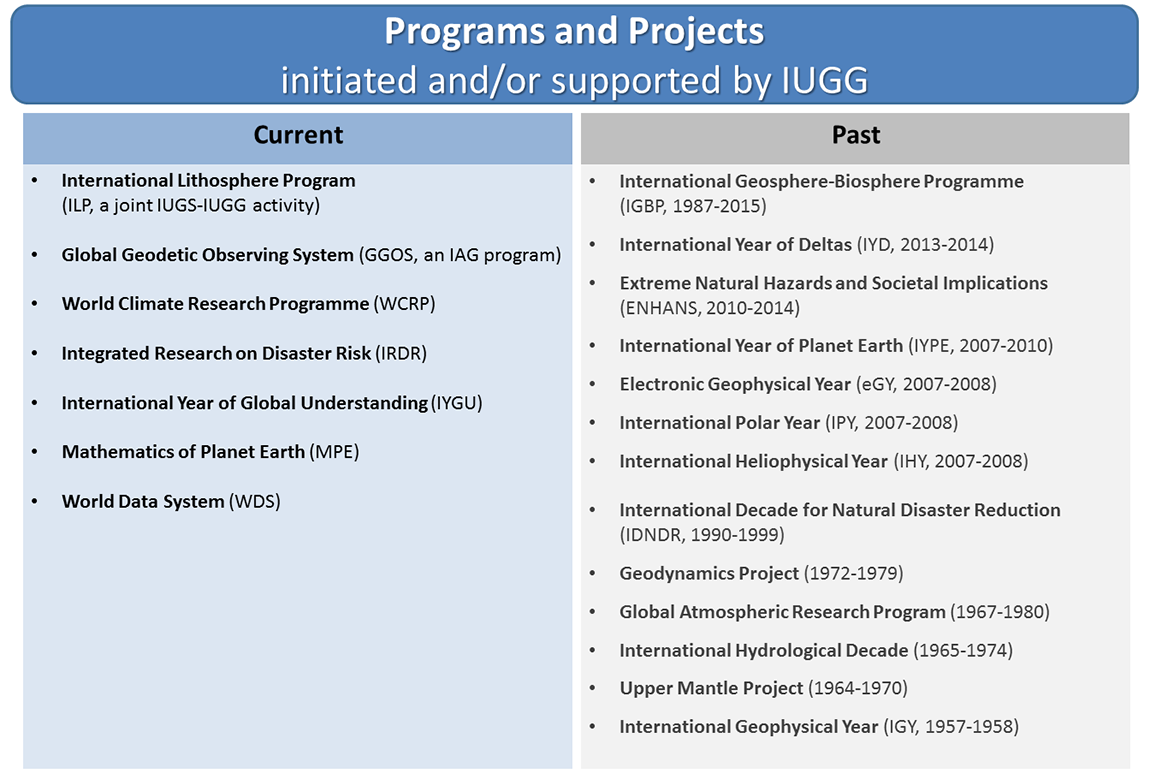 Programs and Projects initiated and/or supported by IUGG

By their very nature, geodetic and geophysical studies require a high degree of international cooperation as well as effective central coordination. The Union is fortunate in having 73 Member Countries.

The great majority of those countries participate in the Union through National Committees for Geodesy and Geophysics set up by the national academy or another body that adheres to the Union (other methods of adherence do occur). The Member Countries are distributed throughout the world as presented in the figure below: 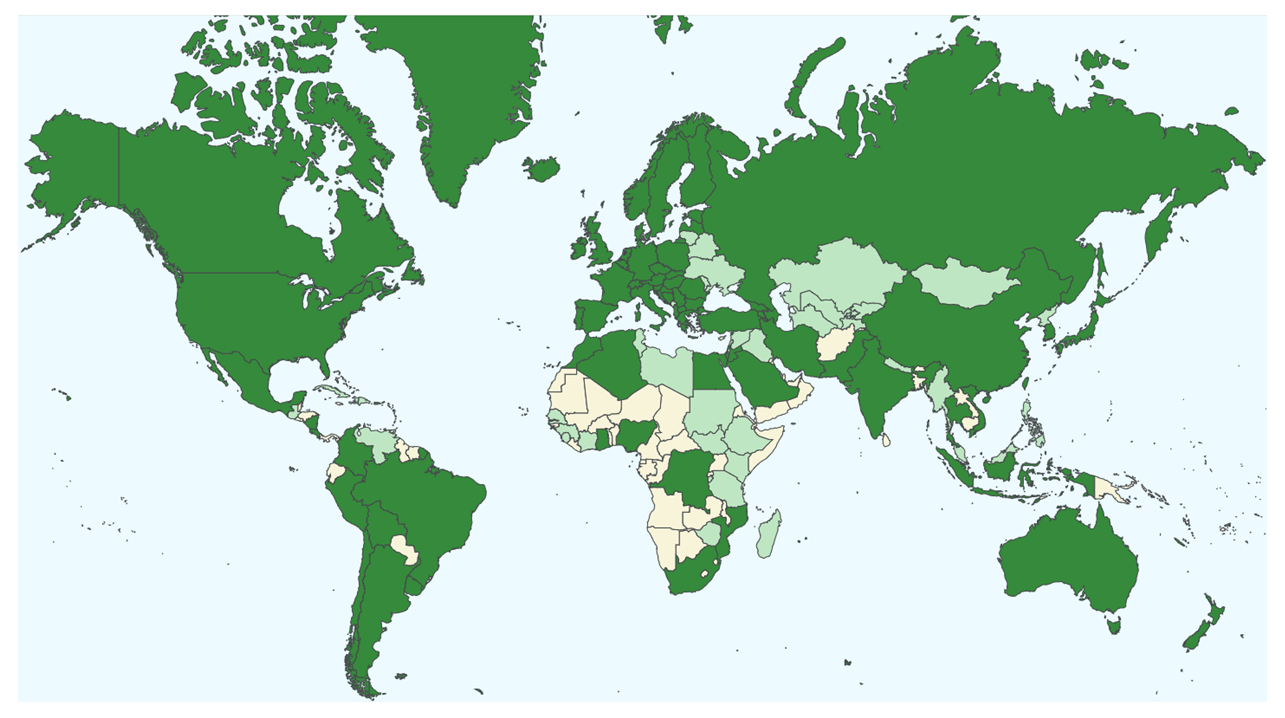 Each National Committee, which functions as a non-governmental entity in its relations with IUGG, is represented at the periodic General Assemblies of the Union by Delegates appointed by its Adhering Body. Responsibility for directing the Union’s affairs is vested in the IUGG Council by the Statutes and By-laws.