Science policy and diplomacy are essential components of IUGG activities related to dissemination of scientific knowledge among the countries and the public to promote resilience, sustainability, and peace. Recent examples of science policy and diplomacy work include synthesis reports on disaster risk reduction and on future of the ocean, and publications on global change and future Earth, SDGs, and disaster-related science diplomacy.

Risk assessments could contribute to enhancement of the knowledge on disaster risk at global, regional, and local levels, and to the awareness of the people living with risk. The scientific assessments help policymakers develop a policy for significant reduction of disasters. In 2011, the IUGG proposed to the ICSU to start negotiations on setting up an intergovernmental body for disaster risk assessment.

The 31st General Assembly of the International Council for Science (Auckland, New Zealand, 2014) urged its members to work closely with the U.N. Office for Disaster Risk Reduction (UNISDR) and other international non-governmental and intergovernmental bodies to integrate scientific knowledge on disaster risks and risk assessments into decision-making and actions and invited ICSU national members to actively encourage their governments to support the proposed intergovernmental disaster risk assessment process.

An ad hoc group of experts on disaster risk reduction set up by the ICSU with ISSC participation worked on these issues and prepared a synthesis report on disaster risk science and risk assessments, which called for a multidisciplinary unified risk assessment. The report’s summary for policymakers was distributed to representatives of national governments attending the UN World Conference on Disaster Risk Reduction held in March 2015 in Sendai, Japan.

The Report can be downloaded from here. 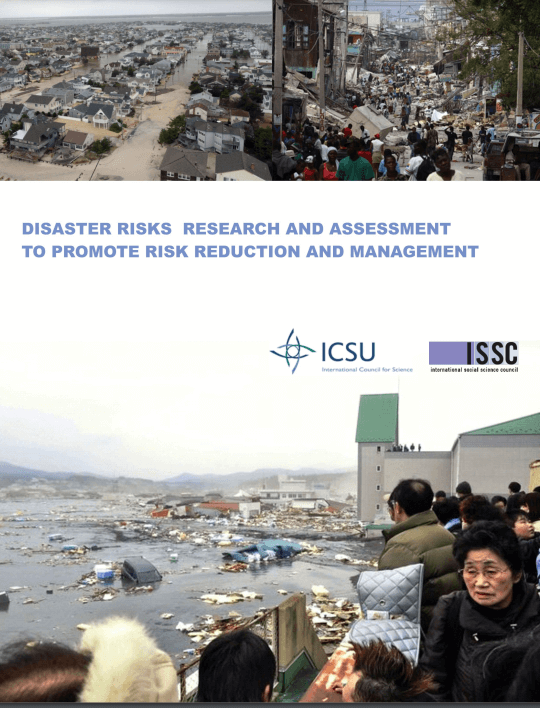 At the G7 Meeting of the Science Ministers in Berlin, Germany, on 8-9 October 2015, the Ministers resolved to take action to further develop a global knowledge society. In the final Communiqué they stated their commitment „to continuing discussions and developing a proposal for how we can most effectively enhance international co-operation among the G7 and other interested countries ahead of the next Science Ministers meeting in Japan 15-17 May 2016“. Recognizing that science plays a pivotal role in providing solutions to today’s environmental and health issues the Ministers wish to engage in closer co-operation with the international scientific community on four topics, one being the future of the seas and oceans. The International Association for the Physical Sciences of the Oceans (IAPSO) of IUGG together with the Scientific Committee on Oceanic Research (SCOR) of the International Council for Science (ICSU) set up an ad-hoc working group with the intention to develop a report related to the topics highlighted in the G7 Science Ministers Communiqué. The report prepared by the international group of experts has been submitted to the Bureau of Science, Technology and Innovation, Cabinet Office of the Government of Japan (the host organization for the G7 Science Ministers Meeting in Tsukuba-city). The Report was also sent to the Science Council of Japan, Federal Ministry for Education and Research (Germany), the Royal Society (UK), and the National Academy of Sciences (USA).

The Report can be downloaded from here. 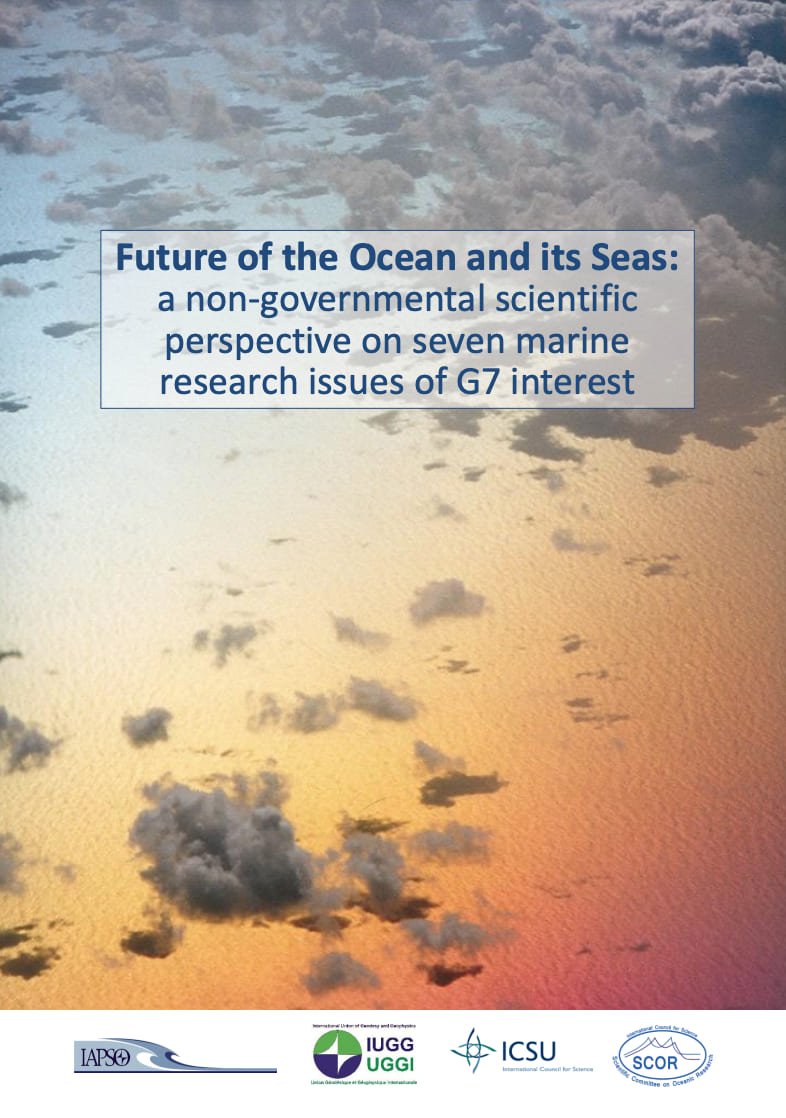 Global Change and Future Earth
The IUGG Union Commission on Climatic and Environmental Changes ran a series of symposia bringing together scientists, engineers, and policymakers to better understand how science can contribute to mitigation and adaptation efforts related to global change and what is the future of our planet. Contributions to the meetings were collected into new IUGG publication “Global Change and Future Earth: the geosciences perspective”.
More information: https://www.cambridge.org/core/books/global-change-and-future-earth/EC2EB6C188AF4915AABA5BF63B9F05EA

The paper can be downloaded here: http://www.sciencediplomacy.org/article/2018/disaster-related-science-diplomacy-advancing-global-resilience-through-international